You are here: Home / Farm / The Dark Side of Chicken Keeping 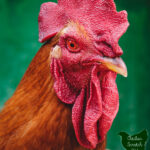 Before we get in to the nitty gritty and potentially gruesome heart of this post let me say this: I love my chickens. I will always have chickens. 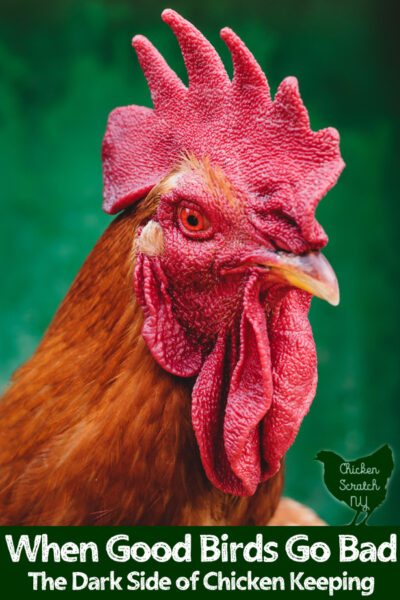 This post has sat in my drafts for over 2 years because I used to really care what people think. Ok, that’s a lie but I tried not to get to gruesome.

I’ve already talked you through my Alpaca Apocalypse with Meningeal Worm and told you how I rip out bleeding feathers with my bare hands. So here we go, the dark side of chicken keeping.

This is in no way intended to dissuade you from owning chickens. BUT there are two sides to every coin and chicken keeping isn’t all sunshine and rainbows.

I’ve been around chickens my whole life and I’ve had my own flock for 9ish years and I’ve seen lots of good and a fair amount of bad.

There are literally hundreds of posts telling you why to get chickens but I thought I’d let you know why you might want to think long and hard about what you’re getting yourself into.

Some groups are more vicious than others but it’s not unheard of for a flock to starve or pick a bird at the bottom of the pecking order to death. I lost a polish hen after she was literally scalped by her flock mates in an afternoon for no apparent reason.

Preventing boredom, lots of room and keeping the rooster number down will go a long way toward preventing aggression.

Blood will set off a frenzy and wounds are like chicken crack. They just can’t get enough of them.

One of the Spitzhauben pullets broke a blood feather on her tail and within minutes she was tailess and pretty beat up. If I hadn’t stopped back to check on them she would have been killed.

There is a spray called Blukote you can buy at farm supply stores, I always have a bottle on hand. It’s a wound spray that also dyes the skin & feathers (and your hands, house, ect) a blue/violet color and it’s a life saver.

Chickens don’t save their ire for the other adults either. Sometimes hens will sit for three weeks, hatch babies and then move on with their lives leaving the chicks behind. Sometimes they kill them as they hatch.

One day I came home to find an abandoned chick chirping blindly in the corner because the other birds had pecked it’s eyes out. Again, chickens are assholes.

You are the Vet 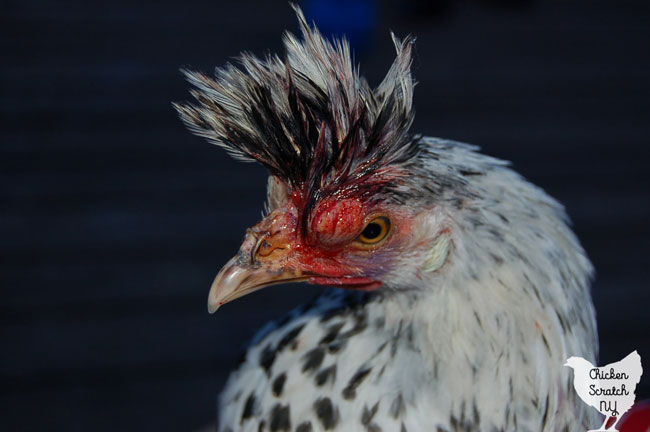 Bumble foot, broken blood feathers, abscesses, animal (including other chickens) attacks, ascites, wry neck, internal laying, fly strike. Those are all issues I’ve had to deal with in the last few years.

It’s not even close to being a comprehensive list of problems you can have. I’ve been lucky to never have a problem with mites, lice and internal parasites or any number of serious viral infections you can bring home to your birds (think about all the bird losses from flu a few years ago).

I’ve done surgery, given medications, preformed necropsies and even kept chickens in the house (I’m looking at you Harvey) but we’ve never called a vet.

Unless you’ve got money to burn it’s just not practical. That means you become the vet.

Thankfully  I lost my sense of squeamishness in college in my comparative vertebrate biology and zoology labs. I’ve pulled out feathers with my bare fingers and taken a scalpel to a chickens face to squeeze out hardened pus(again, I’m looking at you Harvey).

We’ve all very lucky to have the internet as a resource these days to diagnose and treat our chicken maladies, I recommend searching the Backyard Chicken Forum if you need help.

Along with healing sometimes you need to cull or kill an animal. It sucks, I hate it but sometimes there is no other option.

Chickens (and geese, turkeys, ducks, etc) don’t understand that you’re helping them. They have a very strong instinct to hide illness. That instinct also keeps their flock mated from killing them (see: Chickens are Assholes above for more info).

It also means you probably won’t know something is wrong until it’s really wrong. I’ve always believed a quick death is better than prolonged suffering.

A few years ago I came home to find one of my geese with it’s head twisted around very unnaturally. It was alive but very stressed, in a lot of pain and in very bad shape. I grabbed the hatchet and did what I had to.

Unless you can watch an animal suffer or you have someone on hand to do the dirty work that’s a reality you might someday face. 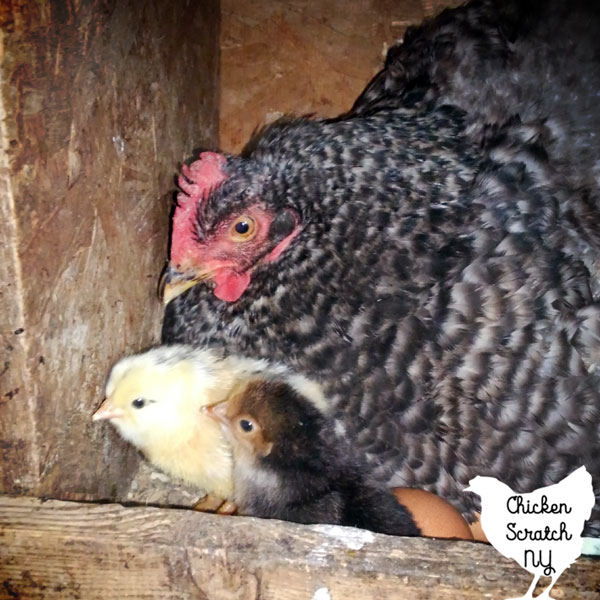 Most people keep chickens for the eggs. You know what roosters don’t do? Lay eggs.

Unless you want to hatch babies you don’t even need a rooster. I keep them for hatching and a moderate amount of flock protection, if you get a good one they’ll martyr themselves for the flock.

But chickens aren’t alligators and you can’t hatch all girls by adjusting the temperature. You can try to avoid the testosterone bonanza by ordering all pullets but it’s not 100% accurate and you’ll likely end up at some point with more boys than you want. And that means you need a plan.

Side note: the rooster:chicken ratio is a hotly debated issue in some circles and I’m not going to get into that but I will say if your birds are looking ratty and plucked it’s time for some gentlemen to go.

Back on topic: Personally I have no problem putting my birds in the freezer. But a lot of people (you might be one of them) think that’s terrible

So the next option is to try and find them “good homes” on Craigslist. Sorry guys, unless you have a magnificent rare breed rooster he’s probably going to end up in someones soup pot. Everyone has too many roosters.

You can keep extra roosters separated in a coop and usually without any ladies to fight over they’ll get along. I’m not sure why you’d want to though. 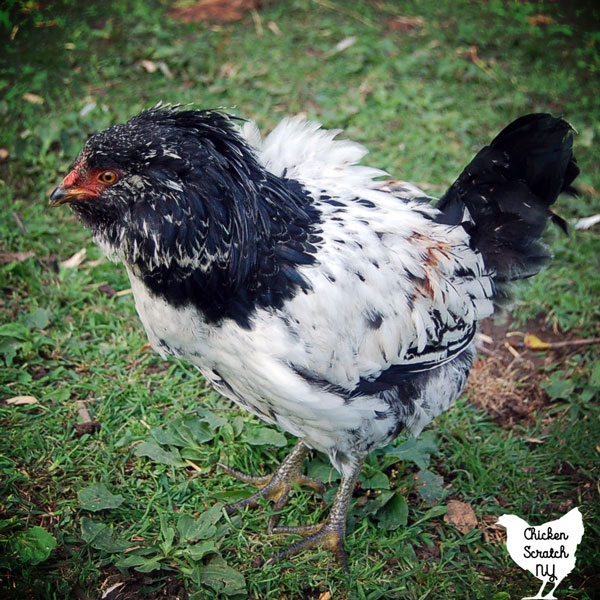 Humans aren’t the only ones that think chickens are delicious. Foxes, coyotes, bears, owls, hawks, neighbors dogs, your dogs. It’s pretty rough out there for a chicken.

Sometimes you won’t see anything but a puff of feathers, other times you’ll come home to a gruesome scene.

That rooster up there? He got eaten, by me. He went after my daughter and I have too many roosters anyway. No reason to allow that behavior.

You Will Make Mistakes and Chickens Have a Death Wish

Chickens can find the dumbest way to kill themselves. You could put a chicken in an empty room and it would find a way to snap it’s neck.

I’ve come home to find a chicken dead in the alpaca water tub even though they had three full waterers and a kiddie pool available.

They will get stuck in the dumbest places, trapped in the hot sun in the one  place on your property you fenced off limits to them. They’ll get their heads stuck in something.

No matter what you do, the chickens will find a way to die. And you’ll feet terrible.

This is the most frustrating one to me. From time to time you’ll have a chicken drop dead for no apparent reason. They’ll be healthy in the morning and you’ll come home to find a dead bird.

One day I found a silver-laced Wyandotte dead on my lawn without so much as a feather out of place. She was a healthy weight and didn’t show any signs of internal laying.

I was weary of cutting into a bird that had been sitting in the hot sun for who knows how long so I didn’t do a necrospy and I still have no idea how she died. It was possibly a heart attack or even a stroke.

Compared to the rest of this list this one is pretty light. Chickens are plant killing machines, they do so much more damage than the geese (they just poop all over).

No matter how much you want that pretty mulch in your flower beds the chickens would much rather have it scattered around the lawn. I have several designated dusting areas but despite that they still insist on digging up the flower and vegetable gardens.

Nothing is more tempting than a freshly seeded vegetable patch. I keep several lengths of 2×4 inch wire in the garden to lay over the beds after planting.

My vegetable garden almost fenced and I can’t wait to grow some food without fighting my chickens. I have rolls of temporary fencing that I keep on hand in hopes of finally eating some of my grapes.

Don’t forget to PIN this to your Chicken Board.

You can find more about raising chickens on my Livestock page or start here: 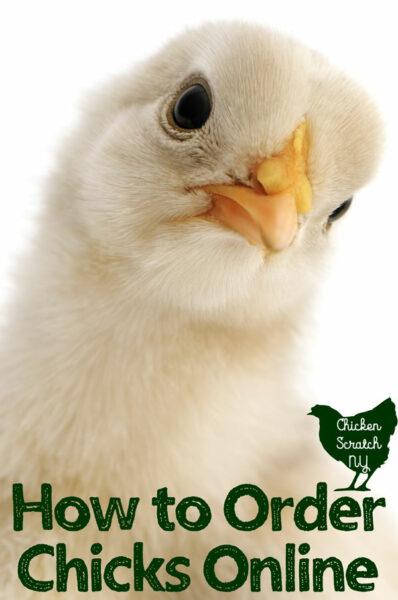 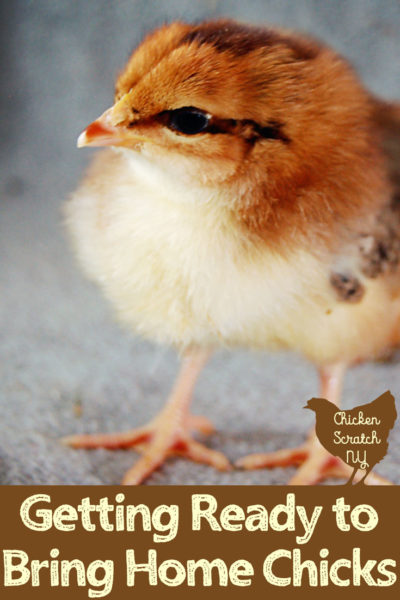