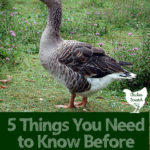 Before I rip apart their character I want to say that I love my geese. I currently have 10 adult geese; Pilgrim, Toulouse and mixed (we’ve had 2 years of babies, the parents are any ones guess). They’re beautiful birds and very fun to watch. Especially when they have goslings and they take them swimming in puddles! 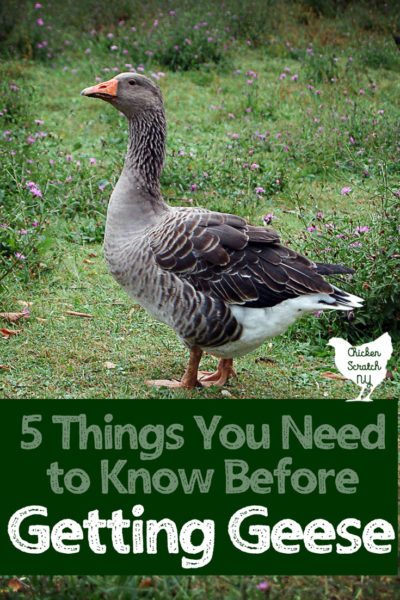 But you didn’t come here for that. No, you’re here to find out if geese are the devil (anyone else still love The Waterboy?). Well they aren’t that  bad, but they are the current problem children on the farm. Yes, even more than my parasite-infected alpacas.

It’s mostly (all) my fault though. I got them with a very specific purpose in mind, I wanted to keep them in the orchard where they would keep the grass mowed down and fertilize (poop) as they went on their merry way.

But I failed to get the orchard fenced in. Fencing is expensive and money just won’t grow on trees no matter how much I try.

It’s on the list for 2018 (fencing, not money trees but if you’ve got a source on the money tree I’ll take that too). The alpaca fence situation needs to be addressed to keep them out of the wettest areas. I’m 90% sure they’re going to spend the summer on my lawn at this point.

Most of the problems with keeping geese can be avoided if you plan better than me and have a fenced pasture ready for them.

I jumped the gun and got the geese a few years early. Learn from my mistakes! Plan before you bring home flock of geese.

They have a well-deserved watch-dog reputation. They always know whats going on and who is somewhere they shouldn’t be. Unfortunately my geese have decided my dog doesn’t belong on my property.

My dog Alfie is an 85+ pound golden retriever who wants nothing more out of life than cuddles and mud puddles. He’s six years old and wouldn’t hurt a fly. Or a goose for that matter.

But the whole flock hates  him and they give him a really hard time. There was a time last year where he started pooping in the house because he was too afraid to go out back with the geese. That was not a good period.

I have a zero-tolerance policy for human directed violence. I have never had a goose that wasn’t protecting a nest or babies (two instances where I’ll allow some sass) go at me or my kids.

Just like our old turkey Gobbles the geese seem to always be around so they’ve had lots of opportunity to step out of line. I have a large roasting pan and I have no problems serving a mean bird for dinner. 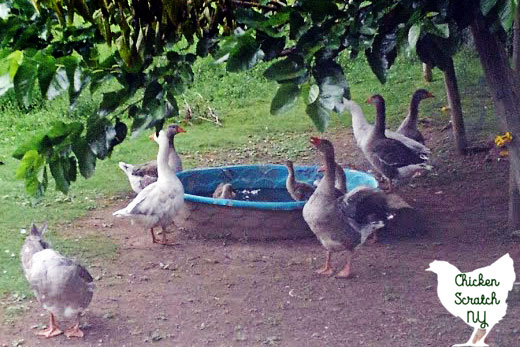 Along with being meaner than my dog my geese are also louder.  They stick together for the most part in a loud pack. I can always tell when someone is at my house during the day because they all start yelling.

They yell at roosters, UPS delivery men and the occasional leaf they don’t like the looks of.

They are very loud and protective parents. My geese raised the goslings as a group. There are two in the swimming pool, the adults sat outside and watched them like lifeguards at the pool.

My barn is mostly metal and let me tell you, the echo of 10 honking geese will keep your ears ringing for a while. When they aren’t honking they’re hissing. I don’t think they ever stop making noise.

Sometimes I hear them in the middle of the night having arguments among themselves. Speaking of:

Geese Don’t have a Bedtime 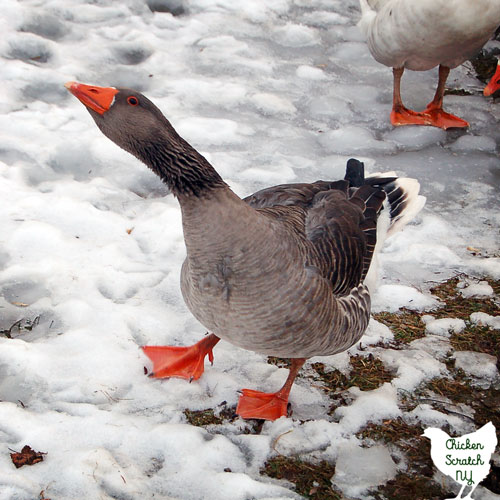 If you’re used to chickens you know they’re very good at putting themselves to bed at night. Usually an hour or so before the sun goes down they’re tucked away on their roosts dreaming of cracked corn and wiggly earthworms.

Not so much with the geese. Come nightfall I tend to find the flock of geese in the back field. Usually they’ll go to the barn when they see me but more than once I’ve had to chase them around the building a few times.

It seems like the wetter and more likely I am to fall on my ass the more likely they are to take that extra lap or twelve.

I keep a light in my barn that turns on a bit before dark and off at 9. If I didn’t have that light I don’t know if I’d ever get the geese in. Especially during a full moon, I’m 95% sure they’re just enjoying the moonlight and not trying to turn into werewolves. 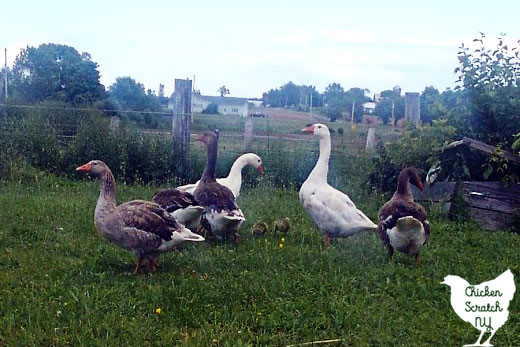 Adult geese eat mostly plants. That’s why they leave green poop everywhere (don’t worry that gets its own bullet point). They have destroyed my Asiatic lilies and murdered quite a few tulips and decorative alliums.

They nip off the leaves as soon as they appear above the soil line. The daylilies are robust enough to stand up to a few early nips, another point in the pro-daylily column.

It does seem to be the early flowers that get targeted. The ones that come up before the grass really gets growing. Geese are grazers and they do a good job keeping the grass trimmed.

That’s why I want them sequestered in the orchard. Plant murder is avoidable with proper planning. Planning that I didn’t do…. 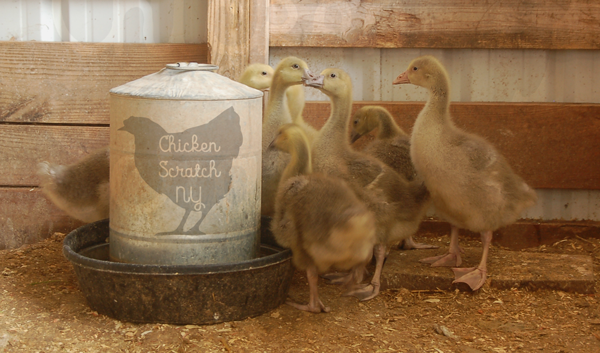 Poop. Everywhere. Geese eat mostly grass so the poop is green, wet and there is a lot of it. Mine are actually causing quite a few problems with my neighbors. The neighbors used to like me but not anymore.

My geese are determined to go across the road and hang out at the neighbors house. I don’t want them there, I’ve got temporary fences set up to keep them on my side but the second I leave for work they head across the street.

When they aren’t pooping on my neighbors lawn they are making a mess in the kiddie pool. I have a large plastic pool that I fill up in the summer for them.

If you’ve had ducks this shouldn’t surprise you. Waterfowl are disgusting. If you get them as babies and need to keep them in a brooder plan your timing so they’re outside asap.

They will spill the water, soak the bedding and leave giant wet poo all over. They grow quickly and need lots of space. 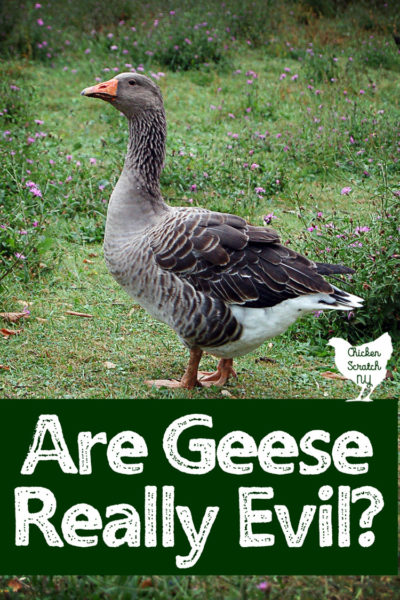 Have I convinced you not to get geese? I really hope not, like I said I do love my geese. The same way I love watching shows on Amazon about pets that eat their owners. I just can’t explain it 😉 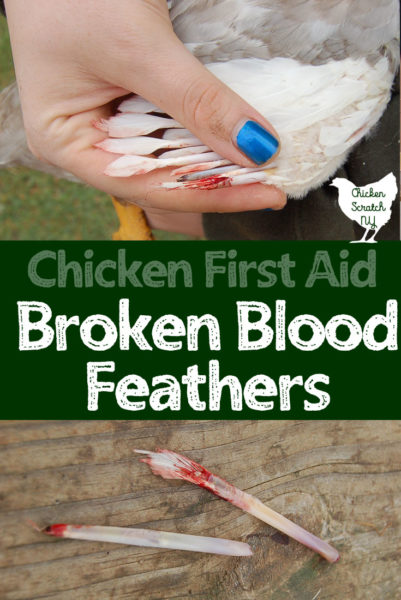 We have a 1 acre pasture that I fenced in and build a small pond. Chickens, ducks and 4 geese now. The geese are amazing pets and always honk with excitement when they see their humans, running up to the gate to have a chat. They really bond with the younger kids and love up close and personal conversations. Amazingly intelligent animals that can listen to commands.

I have a goose and all that you said is so true.

I live on a farm in western SD and had a well that ran all the time into a pool. I figured with all the grass in my shelter belt and the water situation, it would be perfect for geese, and it was. However, one thing I didn't factor in enough was predators. I had 40 geese started and began to lose them. It took a bit, but I figured out that it was raccoons killing my full grown geese. The worst timeframe for them to attack my geese was in the spring when the raccoons had young. They were hungry and geese were the easiest available target. To give you an idea of how many raccoons we have in my area, between myself and three other neighbors, all within 3/4 of a mile from me, we trapped over 250 raccoons in a year's time and still had/have a problem. Eventually, I lost all my geese. I am thinking about getting geese again with a plan of trapping raccoons year round, electric fence, and possibly a guard dog. We had geese when I was a kid and didn't have raccoon problems then like we do now. Why? Because in the 50's/60's, we all trapped raccoons for their fur value. In today's atmosphere, furs have no value so nobody traps them unless they are trying to eliminate a nuisance. When raccoons get high enough in numbers, they will eventually get a disease that runs through them and kills much of the population. However, until that happens, we all suffer from their high population. Anyone who thinks that disease is a better way for them to die as opposed to trapping and using their furs, hasn't seen them die from disease.

CAn someone answer this for me, please? Only question I have before I get a couple and I can’t seem to find a correct answer . Will they (2) eat my grass to dirt? I don’t care if they keep it short but don’t want a dirt mess if that’s what ends up happening . Thank you

They clip the grass off instead up pulling it up. They don't scratch like chickens either but they're pretty hefty and they'll stomp in puddles and they will turn your yarn to mud when things are wet

Oh and Toulouse is what I’m looking to get

Please help me...... I want some pilgrim geese or other breeds. I am an animal lover