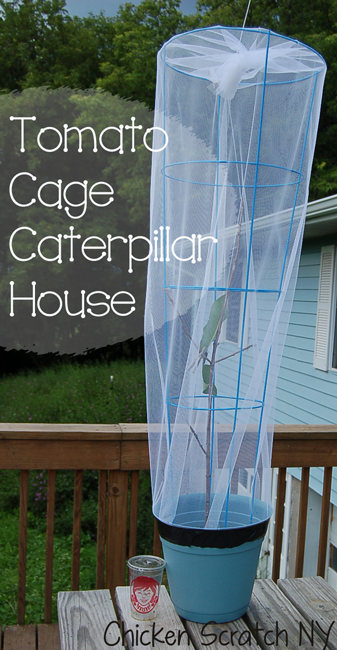 A few years ago my sister and her friend went to camp a came home with a box full of Monarch caterpillars. We raised them in a large tub covered with bug net, filling it up with fresh milkweed everyday until they formed dozens of chrysalises (I had to look that one up, thought it might my chrysali but it’s not) and finally turned into a whole flock of monarch butterflies. We released them all after their wings has hardened and let me you, being surrounded by a swarm of dozens of fluttering monarchs is beyond words. The tub worked but since you had to remove the top it got tricky once they started pupating.

I had that scenario in mind when I found a monarch caterpillar while on a walk with my mom and a sleeping Mary. I looked for some friends but haven’t had any luck so for now I have named him Horatio and he lives alone. He was living in a lemonade cup from Wendy’s with a new milkweed leaf every day and a quick clean up daily. 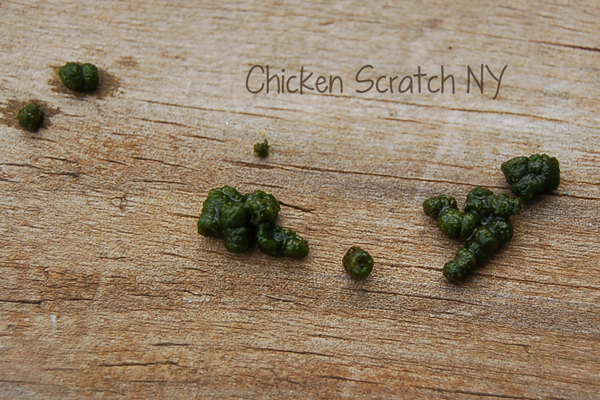 If you’ve never raised caterpillars you should know they poop a lot. It’s called ‘frass’ and in this case it’s small balls of green leaf. It’s really important to keep the container clean. See that stuff up above? That’s what you want to keep away from the caterpillars.

It’s not hard to raise caterpillars but it is a commitment. They need a constant supply of fresh food, Horatio eats at least 1/2 a large leaf in a day by himself. So you need a good supply of milkweed to take them though to the end. It’s a cool process to observe, they are caterpillars for around 2 weeks and in that time they go through 5 instars. Right out of the eggs they are about the size of an ant. Horatio was in his 4th instar when I scooped him up and after a sad Monday (I thought he had died) he shed and entered his 5th instar. That means caterpillar Horatio will be leaving us and butterfly Horatio will be on his way soon!

I felt bad that he was spending his youth in a lemonade cup so I built him a palace. If you’re in the market for a caterpillar palace I might be able to help you. Sadly I don’t have any in process pics. 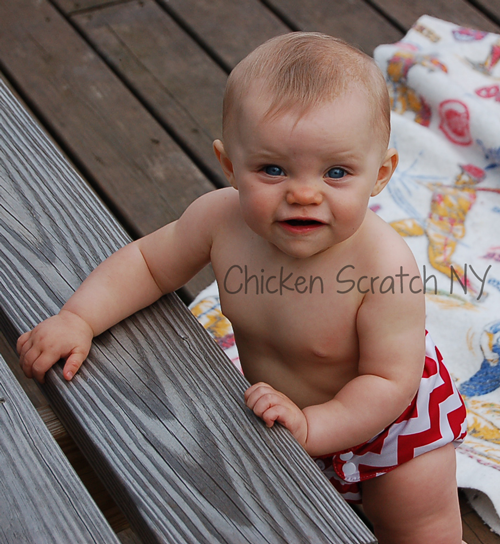 Miss Mary has learned to crawl and I spent most of my time keeping her out of the potted plants. 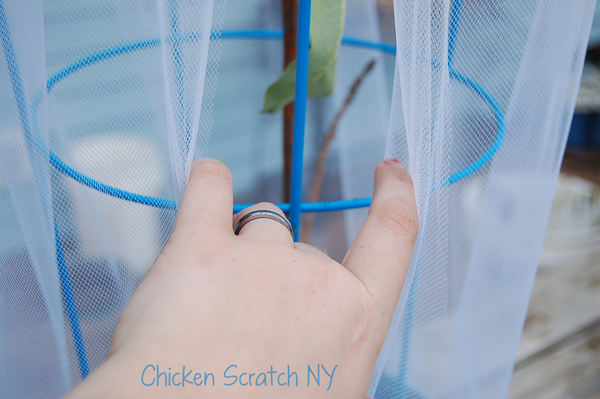 The netting is slightly stretchy so your door should open wide enough to let you replace the milkweed without much trouble.

Keep the cage in a protected area, out of direct sun. Because the sides are all netting ventilation shouldn’t be a problem. . I have mine in our breezeway aka entry way. We keep the windows open all summer so there is lots of fresh air. When it’s time to release him (by the way I don’t know what gender the caterpillar is, Horatio just seemed like a good name so it became a  he) I’ll snip the zip tie and remove the clothes pins. After a quick clean up and a new zip-tie we’ll be ready for another batch.

For more info check out the Monarch Larva Monitoring Project where you can even sign up to monitor monarch presence in your area. Another great site is Learn About Monarchs. 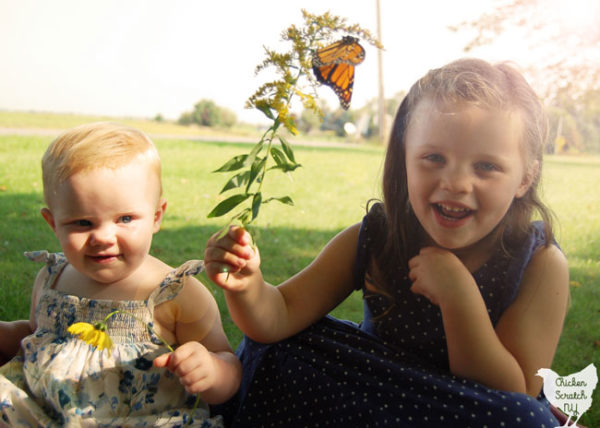 Update: 2017 was a great year for monarchs! We raised 20+ caterillars and released them all for the final migration to Mexico! This time I kept them in the house in a large terrarium in the house so the kids could watch the whole process from caterpillar to chrysalis to butterfly. We also overwintered 2 swallowtail butterflies that we released in the spring of 2017 in the same way.

Very cool idea,i have been working towards getting more butterflys in my flower gardens.

Wow! Awesome! One time our yard was filled with migrating monarchs, thousands. When they flew off, it was the most amazing thing! I wish I had been taking pictures like I do back then.