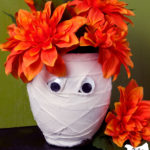 I’ve got another quick project for you! Somehow I’m always rushing at the last minute, I work will under pressure I guess (it’s not like I didn’t know October was coming!).  I’ve had this idea in my head for months, I actually bought the vase back in early September. 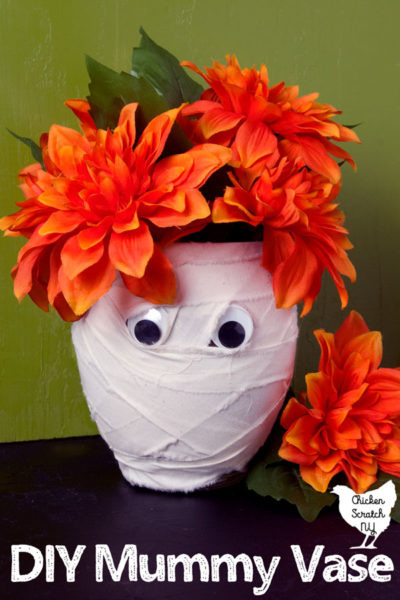 If not, no worries. You can pick them up at the dollar store when you’re picking up a vase. I love using dollar store glass wear for craft projects, it’s easy to find, and so cheap if it breaks you aren’t that upset. 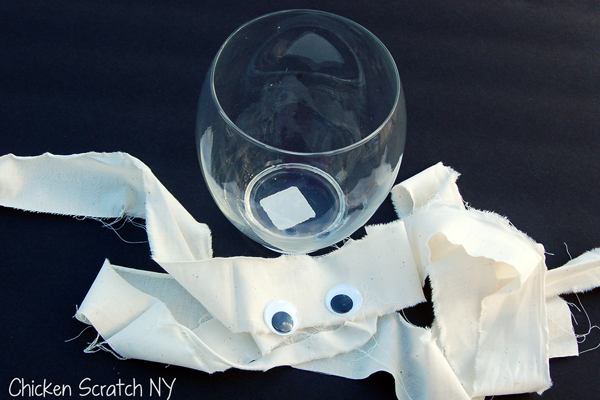 ? Vase (mine is from Dollar Tree)

? Muslin fabric ripped into 1 inch strips (if you need to buy it get 1/4 yard, you could always use the extra to make a rag and bead garland!) 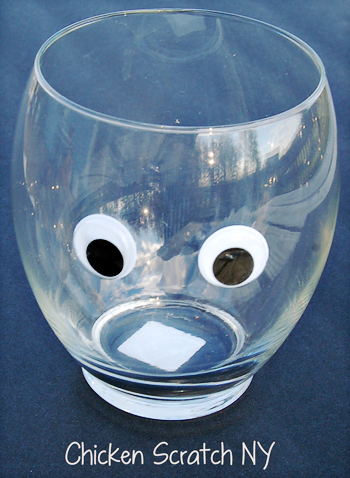 1. Glue the eyes to the vase, about 1/4 of the way down. About where they would be if the vase was a head. 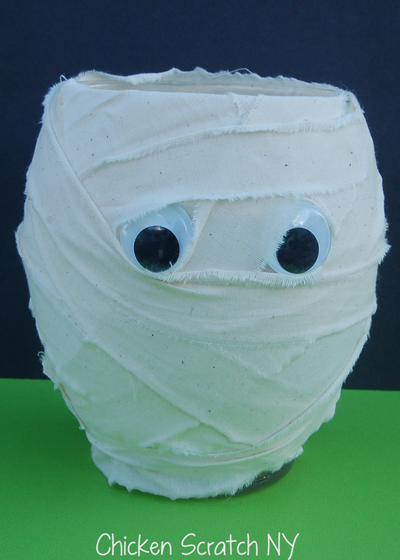 2. Stars gluing strips of fabric around the vase. I originally tried to keep the ends covered but I stopped caring. Try to cover all of the glass but don’t drive yourself crazy.

3. When you’ve gotten sick of the fabric part add the flowers and you’re done!

I used the flowers I found on clearance at Joann’s (89 cents each!) to keep it bright, you could make it less cute and more creepy by adding black or white flowers (maybe some bleeding blossoms!) and covering them with some fake spiderwebs and spiders. 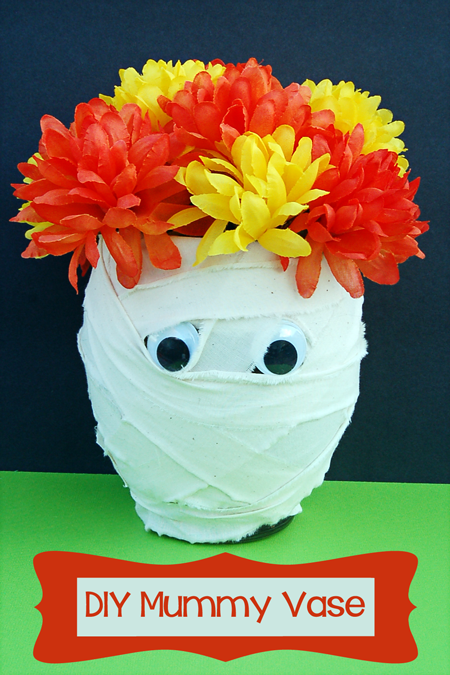 This little guy also doubles as a candy safe! You can’t actually see what s in the vase so you could  hide some of the good stuff in there like all the pink starbursts and snack size milky way dark.

Don’t forget to PIN this guy to your Halloween Board! Check out my Halloween page for more ideas or start here: 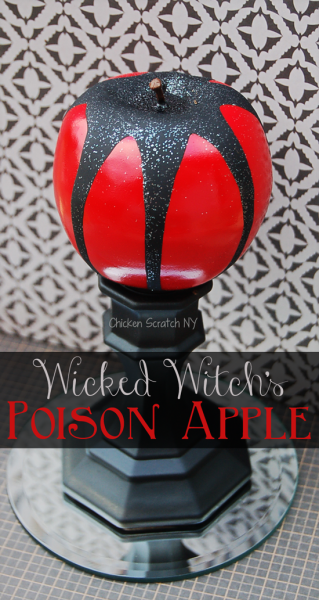 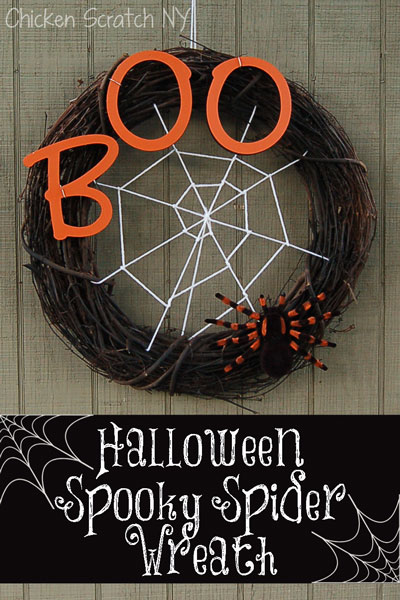 Just found this on StumbleUpon and I love it! Super cute idea.

This is great idea and perfect.

I really love the frugality, simplicity, and cuteness of this craft! (Perhaps I should make one for my Mummy for Halloween...hee! hee!)