Making preserved Meyer lemons has been on my to-list for a few years, they have a short season and I always miss it. But not this year! I was in Aldi’s when I noticed they had bags of little Meyer lemons so I scooped up as many as I could carry (I never get a cart) and hurried home. After filling my giant flip-top jar with lemons and salt I still had a handful left over. The same say I picked up a little container of blueberries for the fruit monster but they turned out to be very tart and Mary had no interest in them. Sitting there with my lemons and blueberries it seemed like the perfect time to experiment with a home made Meyer lemon blueberry soda.

The first step is to make a syrup that you later add to seltzer. You may or not know this but ‘fountain soda’ that you get at a restaurant are really just a syrup added to carbonated water. That’s why sometimes they taste funny, too much or too little syrup. Anyway, you can make this syrup to fit your tastes. If you have sweet blueberries you won’t even need the honey, but since the ones I bought were super tart I had to add a little. I was lucky enough to dig out a jar of raw blueberry honey from the back of my cabinet but any real honey (local is awesome!) will do the trick. 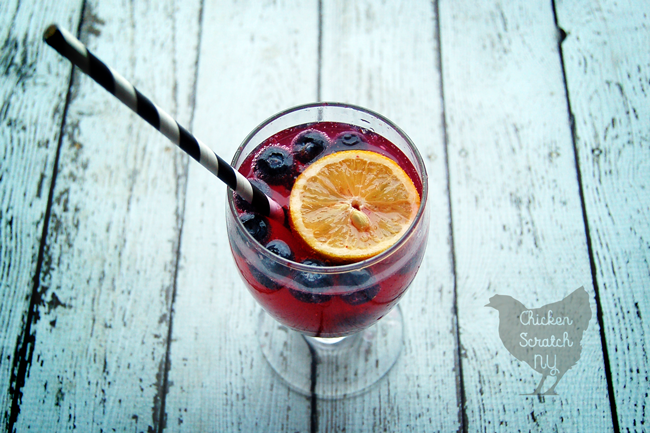 I added about 2 teaspoons to a glass of seltzer (a little less than a can) but you are free to add as much or little as you like, that’s why I don’t have a definitive amount for how much this makes. We go blueberry picking every year and freeze the berries on cookie sheets so they stay separated, they make great ice cubes that way. This year I completely underestimated the fruit consumption of little Mary and we’re already out, hence the store bought berries. Speaking of Mary she was very involved in the photography process, she’s the reason all the blueberries ended up in the cup by the second picture haha 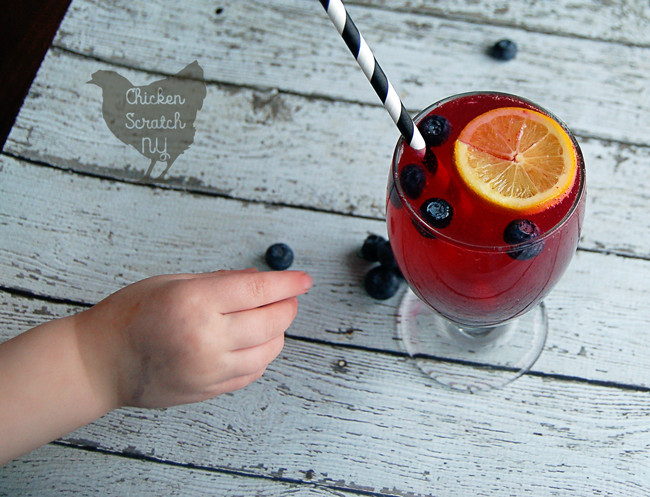 I adore the flavors of lemon and blueberry together so this sounds absolutely amazing to me. Such a refreshing soda. Yummy!

Lemon is my absolute favorite, so I know I'd love this soda!. I've never heard of Meyer Lemons, are they different than regular ones?

Two of my favorite fruits together! This sounds so delicious! :)

What a great flavor combo. I can't wait to give this a try. We are always looking for different drinks in the house. My kids get tired of plain water.

Sparkling lemonade is my go-to in the spring, but never had it with blueberry! Nice twist on a classic!