The only thing we managed to finish in Mary’s nursery before she was born was painting the walls and her dresser. Now that she’s 2 and the next one is half baked I figured it was time I stepped it up and put together some art for her room. I came up with this idea about a year ago when I found a fancy pack of ladybug brads but they disappeared into the black hole of my sisters car. A recent trip to Michael’s revealed that they have all of their scrap booking brads on clearance (no lady bugs though) so it seemed time to finally put together the floral monogram I had planned for her room. 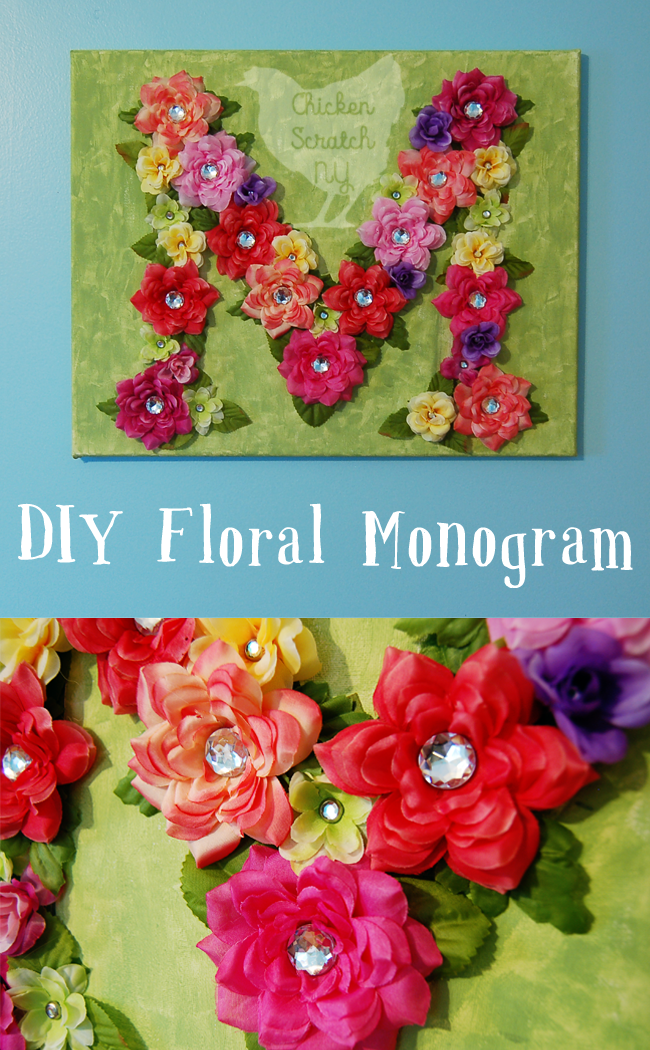 This is another one of those projects that seems like a lot more work than it is. It’s also one that you need to take quite a bit of creative license to make it your own.

Mary’s room was originally done with a Peter Rabbit theme but it’s evolved into a more general garden theme. I can’t wait to get a few more projects done for her room hopefully before she turns 4 😉

This is such a fun idea! I love the garden theme for a young girl. So pretty but will still grow with her.

This is such an adorable sign. It will really brighten up a room.

This monogram is so pretty and bright! I would love to do this for my little girl's room too!