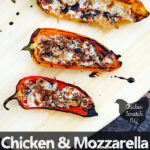 This recipe for Chicken & Mozzarella Stuffed Baby Peppers with Balsamic Glaze was inspired by a few things. One was the bags of tiny adorable peppers at Aldi’s. 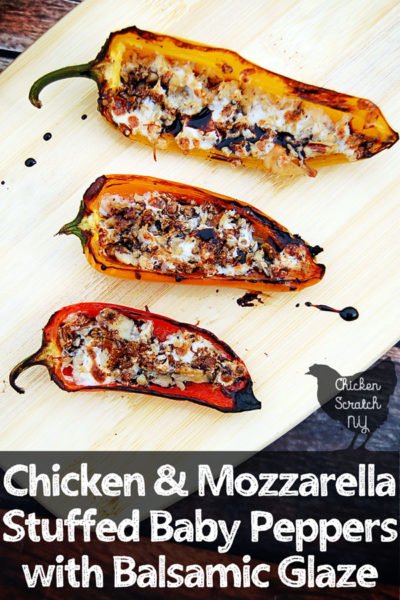 The other was my really private boyfriend who doesn’t like to be mentioned 😉 He’s on a health kick and one of his better ideas was using peppers instead of bread for sandwiches. All his other ideas involve mushrooms and are therefor terrible.

Luckily I was in the mood for another appetizer recipe because the small peppers had bite-sized snack written all over them.

I’m planning on a dinner sized variation on this recipe but it’s going to wait until peppers are more reasonable this summer. For the time being we have little baby peppers.

I experimented quite a bit with these guys. Unfortunately the end product wasn’t as pretty as I wanted but they did taste really good! 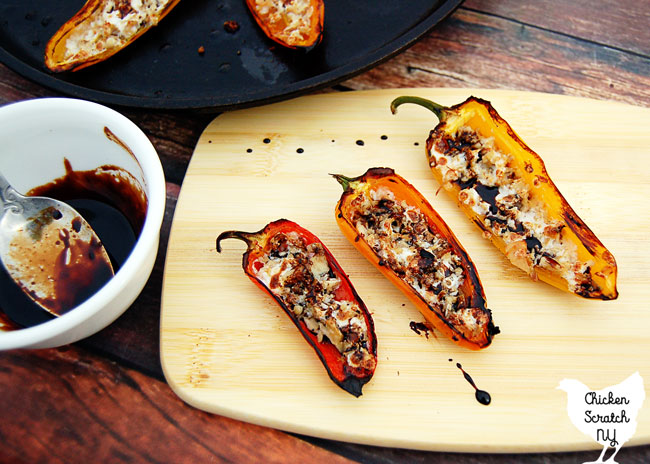 The mini peppers from Aldi’s come in a mixed bag of red, orange and yellow. They make a pretty festive display cooked up together.

Use a sharp knife to cut the peppers in half through the stem. Scoop out the seeds with a spoon. 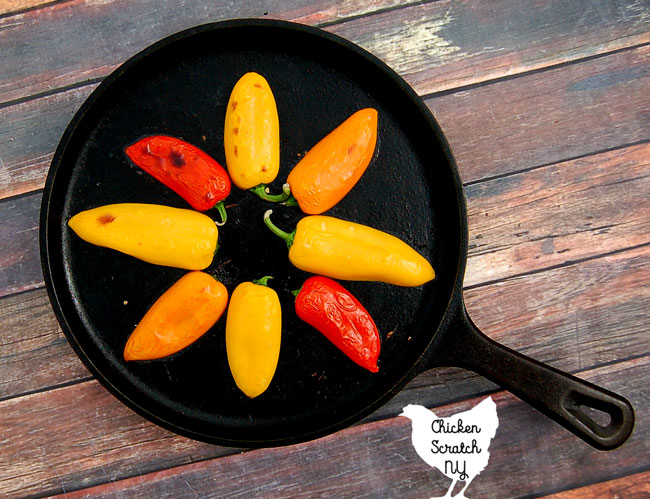 Try to cut the peppers so they’ll lay flat without too much wobble. I broiled them twice, first cut side down. I used my cast iron griddle for this.

For the filling I used baked chicken thighs. I always buy thighs because they’re cheap, really nothing more to it than that.

My go-to baked chicken method is to toss my cast iron skillet in the oven while it preheats. Carefully pull it out and add the chicken with a little salt and pepper.

Bake at 400 until I remember to take it out of the oven. Usually by the time I smell the roasted chicken in my living room it’s done

I chopped up the filling in my food processor. Add the chicken, the mozzarella and some black pepper and chop it up. 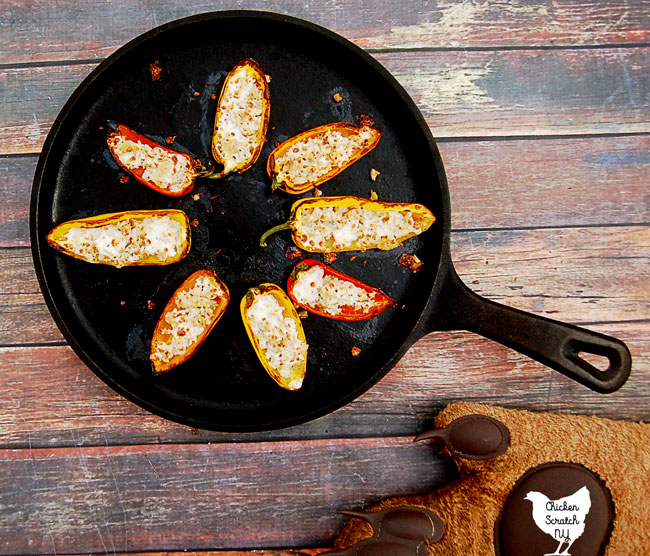 The sauce for the cheesy chicken pepper bites couldn’t be easier. Heat balsamic vinegar over low-med until it’s reduced to a syrupy consistency.

It will thicken up a little more in the fridge so keep that in mind if you plan to make it ahead of time.

Don’t forget to PIN this to your Appetizer or Recipe board for later!

Check out my Recipe Page for more ideas or start with these: 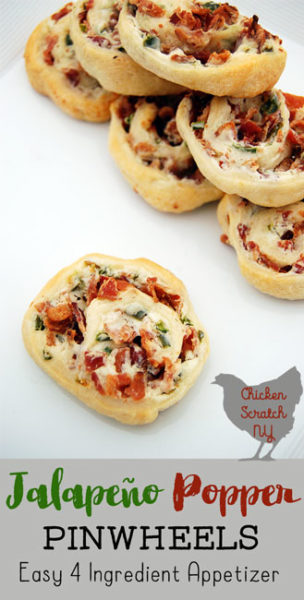 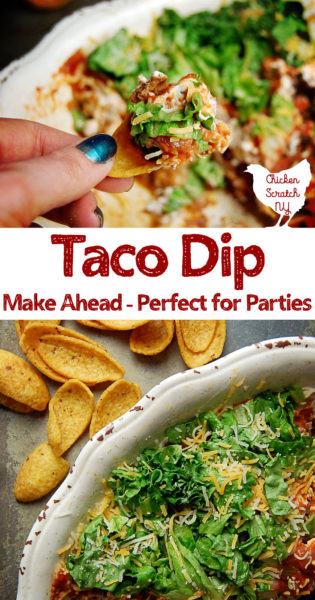