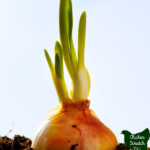 I planted roughly 9,000 onions in one of my 14×4 foot raised beds. And I noticed somethings very strange. Something was moving my onions around. 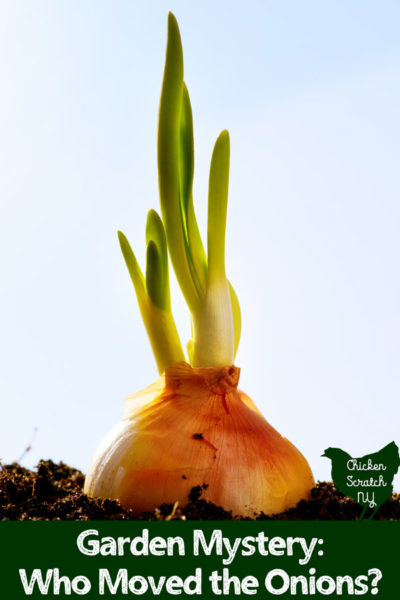 I’m used to lots of chicken related garden damage, and that wasn’t the case here. The ground wasn’t disturbed at all. But the onions were moved around, completely randomly.

This year I went back to my roots and bought onion plants. I just wasn’t prepared to start them from seed this year and last year I sort of murdered them all anyway..

This year I ordered Copra, Borettana Cipollini, Red Marble Cippolini, the Long Day Sampler (red, white & yellow) and Lancelot Leeks. It’s taken me a few days to get all of them in the ground but today I finished it up before it rained.

I planted the leeks first, poking a deep hole in the ground and slipping the plant in before watering to let the dirt fill back in. For the onions I made a shallow row and stuck the onions in with my fingers. Onions don’t need to be planted deeply so I skipped out on the giant knitting needle this time.

The next day I went out and noticed something… awry

The onions were all over the place. I was finding red onions down several rows in with the leeks. It was stinky chaos.

Even weirder, the onion weren’t damaged at all. They were just rearranged.

I knew it wasn’t the chickens, I’ve never seen a squirrel on my property, probably wasn’t aliens. The only other theory I could come up with was song birds.

There are so. many. worms. The chickens see me with a shovel and they all come running to get a slimy snack.

I thought it might be possible that the birds were pulling up onions while looking for worms.

Then Sunday night after closing the barn I took a swing by the garden and saw something very  strange by the light of my flashlight.

The onions were moving around. They were transplanting themselves.

I had haunted onions. There was a ghost in my garden and it was not happy with my Pineapple Upside Down Cake Cocktail inspired planting.

Obviously that wasn’t the case. Have you guessed the culprit? 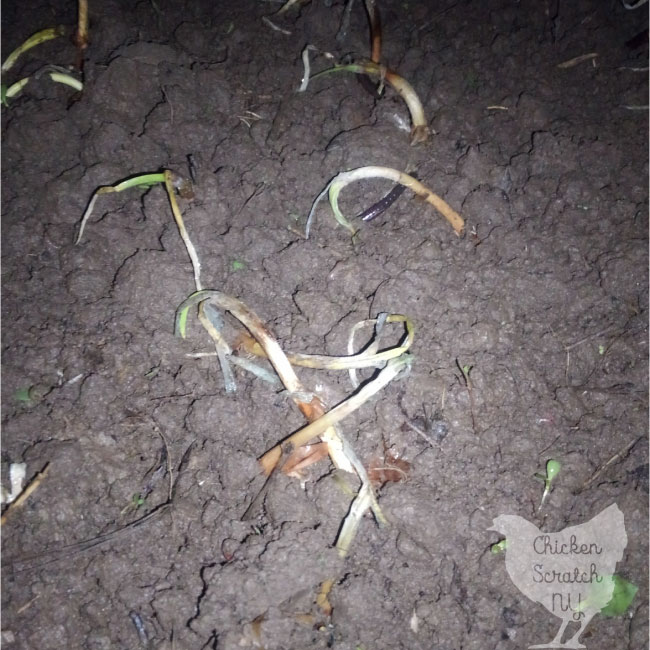 Not just any earthworms, giant night crawlers. These are the anaconda version of earth worms.

I was honestly really surprised. I’ve always heard how great earthworms are for the garden. They improve soil structure, earthworm castings are great fertilizer…

Why knew they would also rip slumbering onions from the ground and drag them away. 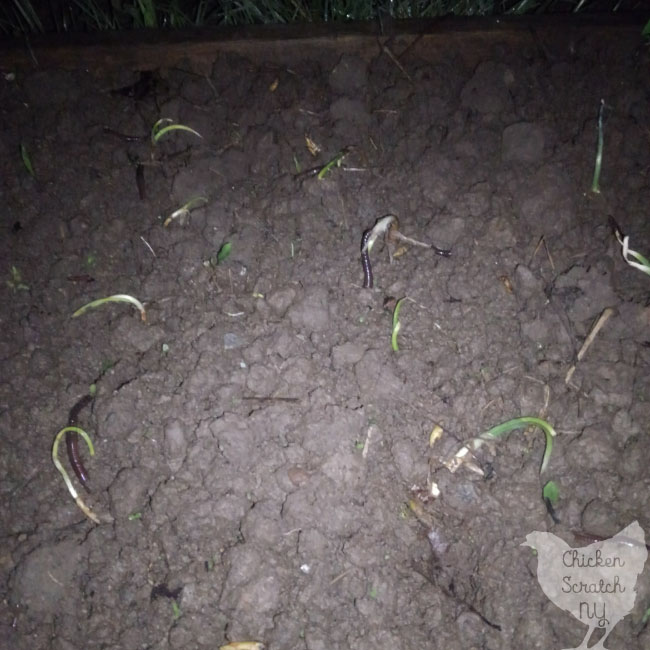 As I sat crouched in my garden watching the earthworms I noticed they were also dragging around leaves. They grabbed right a hold of the onion plants with their creepy mouths and pulled them until they moved.

In the end there were very few losses. The earth worms themselves didn’t do any damage, it was the poor onions that got baked in hot sun.

The rest I just plunked back in the ground, hopefully I got them all in the right places. If not, oh well. It’s not like my kids aren’t going to move the makers on me anyway! 😉

Thankfully as the onions get situated and start putting out new roots the invertebrate landscaping is coming to an end.

Have you ever had a haunted garden bed? Or done battle with earthworms?

Check out my garden page for more ideas or start with these: 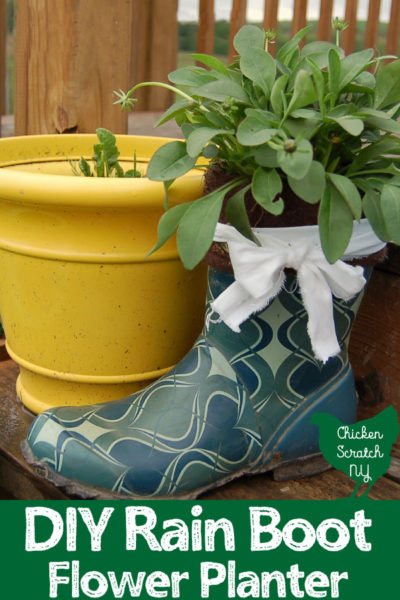 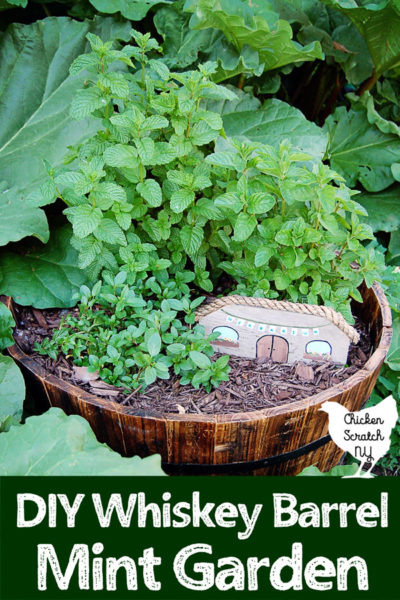