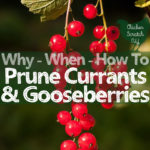 I’ll start right off saying I’m not a professional pruner. I have a collection of fruit trees and fruit bushes on my property including currants, gooseberries, pears, plums, apples, raspberries and cherries. The first trees were planted in 2012 and ever since then I’ve been trying to keep them under control. 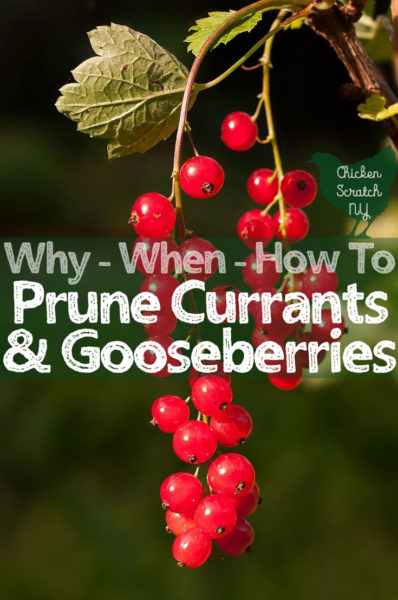 Everything I know about pruning I’ve learned from books and YouTube. My main pruning resource is the book Pruning Made Easy. It’s a very beginner friendly book. Two other books that I reference are Grow Fruit and The Fruit Gardeners Bible (which I’ve misplaced and I’m really missing it!).

If you’re new to growing fruit the idea of pruning might seem very strange. Is it really necessary to cut back plants? Quite simply, yes. And some plants need be be cut back pretty severely the keep them healthy and productive. 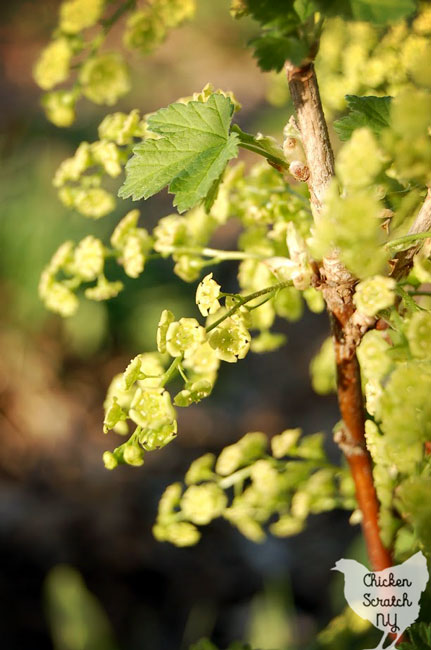 Black currants or Ribes nigrum have single berries and a… lovely odor of cat pee when you touch the foliage. Red, white and pink currants are either Ribes rubrum, Ribes petraeum, Ribes sativum. Honestly it’s a bit confusing for me. They have pretty sprays of flowers, they’re a beautiful almost neon green color and they cover the bushes.

Gooseberries are also Ribes but they are a different species, most are actually a hybrid between the American and the European gooseberries. They can be treated the same way. And don’t let the term hybrid scare you, I talked all about why hybrids belong in the garden earlier this year and I still stand by it.

Why do you need to prune fruit bushes? 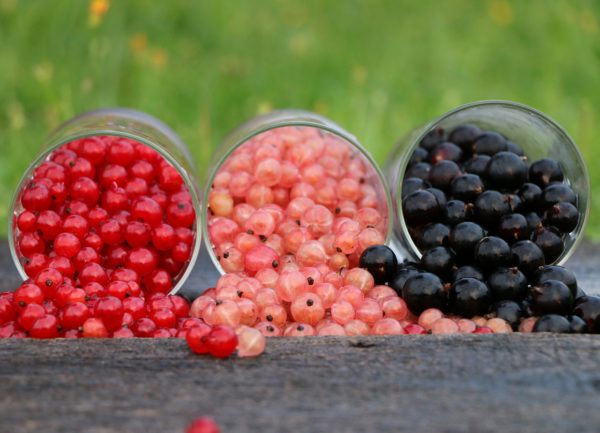 The main purpose of pruning is to remove dead, damaged or diseased wood and to shape the plant and promote fruiting. Sounds like a lot right? I find it easiest to remove anything dead or damaged first. Hopefully that won’t be very much. I haven’t had much experience with disease and I hope to keep it that way. But I’ve lost more than a few bush branches to heavy snow.

It’s also important to remove any crossing or rubbing branches. Those spots are like a wound you keep picking the scab off of. They invite infection and that’s nothing we want to encourage. Crossing branches are also pretty bad for air flow.

Each type of plant has a certain form that will grow and produce the best fruit. I have two black currant bushes, 2 red currant bushes, a white currant, a pink currant and 3 gooseberry bushes in my vegetable garden. All of them are very vigorous growers that need to be cut back yearly for best results.

Shaping the bush and promoting fruiting go hand in hand. This is the part where I dig out the books and keep them handy. I’m usually doing a few varieties at once and they aren’t all treated the same so it can be confusing. 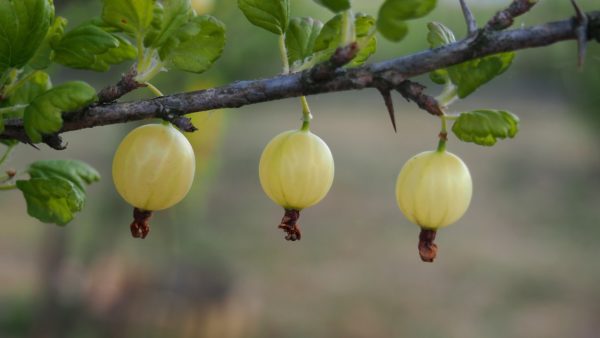 Don’t go in blind hacking away at the bush hoping for the best. Newer wood will be lighter in color and more flexible. One year I mixed up and cut off almost all the new shoots on one of my black currant bushes. Don’t do that.

Gooseberries and currants fruit heavily on 2nd year wood.  That means the branches that grew last year will give you fruit this year. After 3 years old there isn’t much point in keeping the branches around so they get cut out. In general you want to remove about 1/3 of the bush each year. In the end you’ll have a whole new bush by the 4th year from planting.

Another benefit to pruning is slowing down the current sawfly. The current sawfly caterpillars don’t like being exposed and bushed with open centers leave them with little protection. I had a run in with current sawfly last year, I didn’t know what they were and I actually brought them into the house in an aquarium to see what they turned into.

Where do I cut? 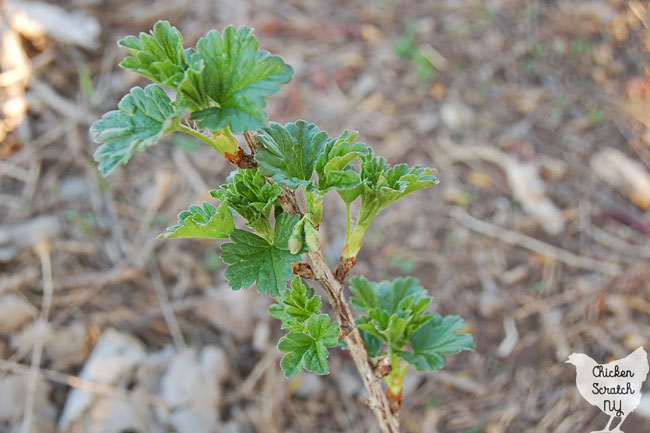 While you can get fancy and grow your currants and gooseberries as a cordon (aka single stem) I let mine go. I have the room and it’s less daunting to me. If I cut everything back to one branch and then my geese snapped it or it Mary lit it on fire I’d be screwed. Having a bush with several branches gives you a larger safety net.

For the traditional bushes you want to think of the final shape. For the gooseberries and  red & white currants you’re aiming for an open bowl shape. This will improve air flow and let light into the center. Improved air flow will limit fungal and bacterial infections while light helps ripen the fruit. Each cut should be made to an outward facing bud. 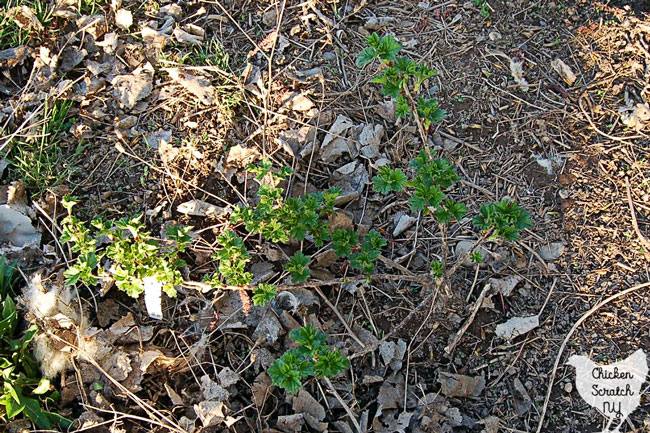 When you’re looking for open growth and not bushy growth it’s best to make fewer cuts. When you grow something like basil you clip it back all over to promote bushy growth. We want the opposite with our fruit bushes. This is a very open gooseberry bush. It’s pretty lopsided after losing a major branch, again, that’s why a single cordon makes me nervous.

It’s like the hydra in Hercules, each head you cut off makes three more. We don’t want our currant bushes to turn into rabid water monsters, so we make fewer cuts. I believe that wins an award for oddest comparison ever but hopefully you get the idea.

If the books aren’t doing it head to YouTube. I watched so many currant pruning videos I was thinking with a British accent. Ribes aren’t that popular in America (they are even illegal in some places) so most of the online resources are from Europe.

When do I prune fruit bushes? 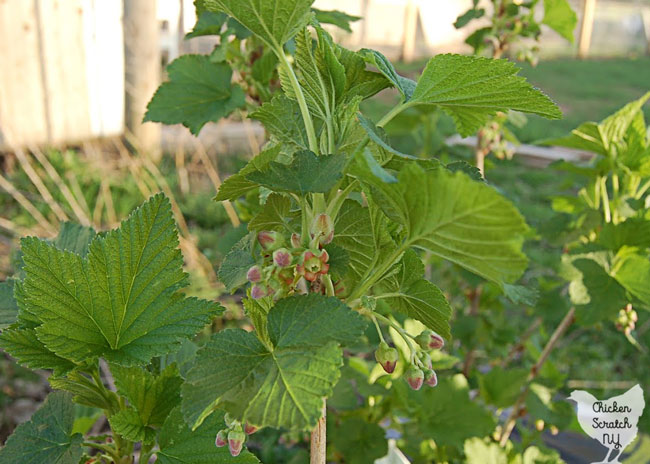 Currants and gooseberries should be pruned when they’re dormant. Timing will depend on your area. I already pruned my bushes in late February, they’re now under about three feet of drifted snow so hopefully that works out for me. This is a picture of on of my black currant bushes covered in flowers.

Dormant pruning promotes growth. If you think about it in a wild plant if a section is lost to either snow or a deer that’s the area the plant is going to put energy into replacing.

It seems counter intuitive when you’re pruning to even out an uneven bush you want to make your cuts on the weaker side. That will signal the plant to put on growth in that area. 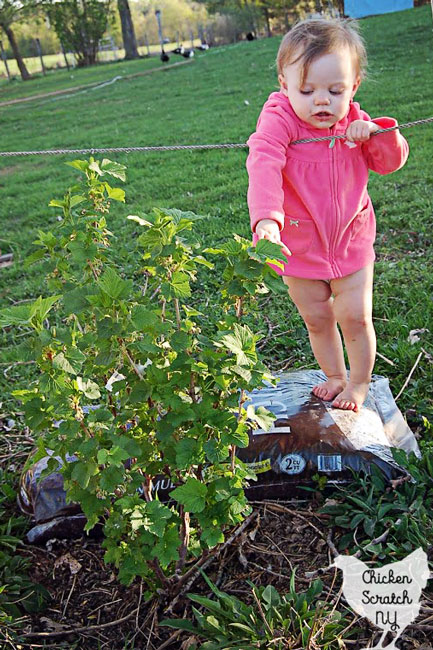 Other fruit gardening posts to check out: 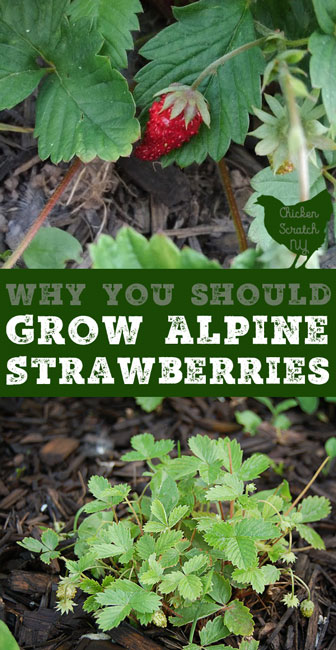 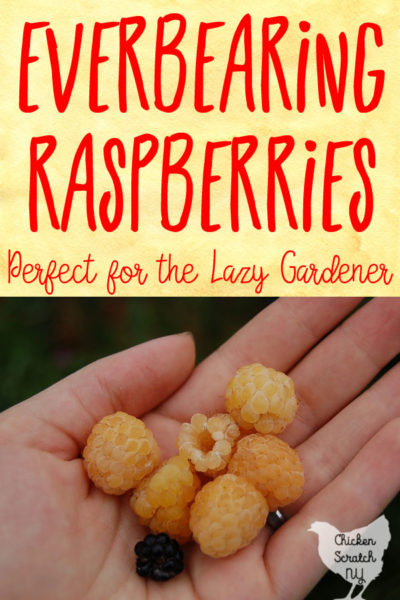