It’s time for another addition to my (apparently really drawn out) series on frugal gardening! 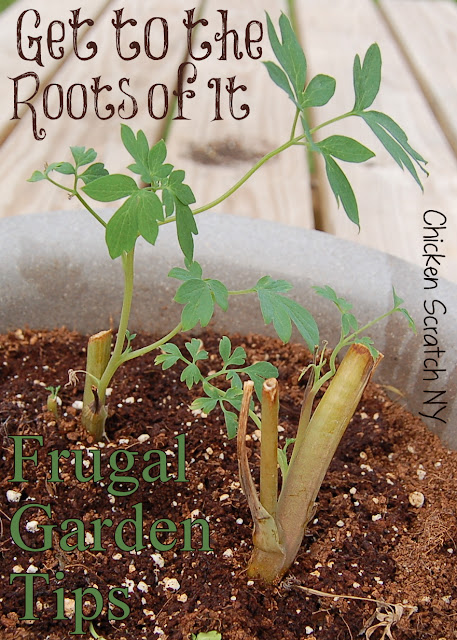 When I was dividing up the bleeding hearts we had two near fatalities. 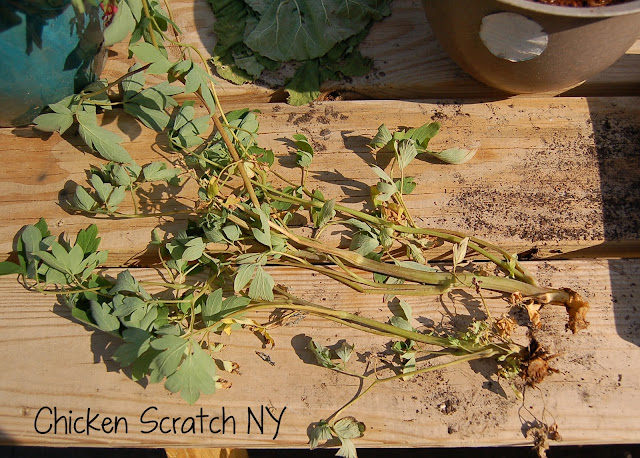 These two little guys got broken off when I pulled the plant out of the pot.

In this situation the best course of action is to cut back the foliage pretty severely. Remember the roots feed the plant, too much foliage and not enough roots means a dead plant.

Three weeks in potting soil and we went from this: 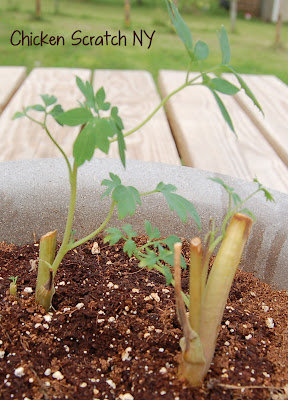 I’ll be honest, this doesn’t always work. I’ve had pretty good luck with it though. I’ve done it with the bleeding hearts and with some day lilies that snapped off at the roots and some other stuff. But if you’re going to throw out the plant anyway you might as well just stick it in a pot and see if it grows!

Nice to know. I always thought that bleeding hearts couldn't be divided.

I need to remember this ... my green thumb is not so green, so I'll take any tips I can get :) Thanks for sharing this at the {what's shakin' link party}!

It is amazing how little plants can survive! I am always wanting to throw them out when things like this happen but my husband is always saying "just give them time" and sure enough they usually make it!

Damon - OMG... Hello Handsome! Of course, I think I'm old enough to be his mother, so I'm only just a TINY bit creeped out by the fact that I think he's so flippin' hot. My hubby thinks it's funny. I tell hubby not too laugh too hard, because maybe Ian is really into older women! LOL Too funny.Carmenhttp://heavenleiislandsofpeace.blogspot.com/