Skip to Content
I’ve had this teacup/coffee mug for a while. It’s a Salvo find from a friend.
There is only one and it has a small rust spot in the bottom.
It’s been kicking around the craft room for a while, usually holding some fabric scraps or trim.
I’ve been on a craft purge and anything that doesn’t serve a purpose gets the ax. So I gave it a purpose 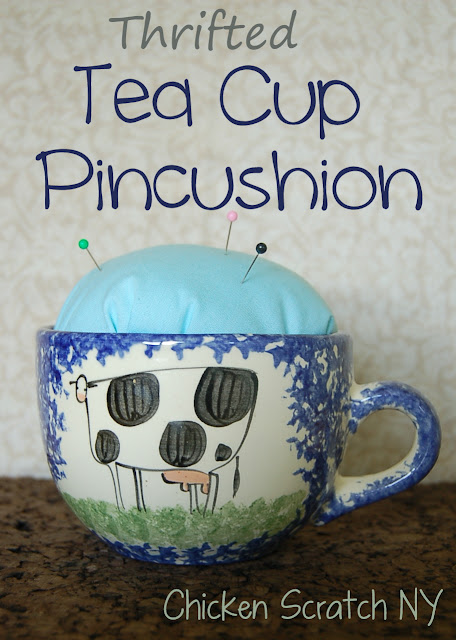 These are probably 100 variations on this but I’ll share my method anyway. 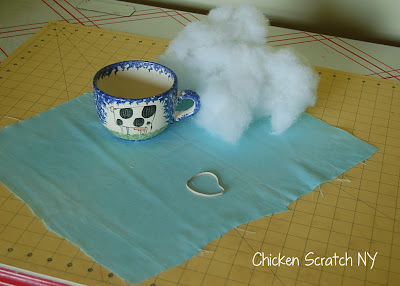 You need:
-Cup
-Stuffing
-Fabric
-Rubber Band
Cut the fabric larger than you think you need.
Pack the mug with stuffing.
It won’t stay without the fabric but you’ll get a general idea of how much you need. 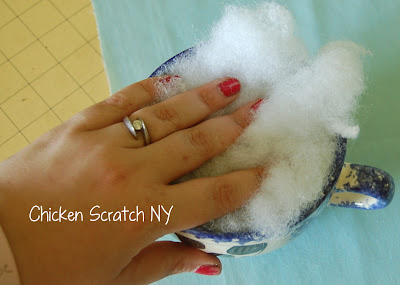 Wrap the stuffing up in the fabric. Try to get it circular, tug on the fabric until you’re happy. 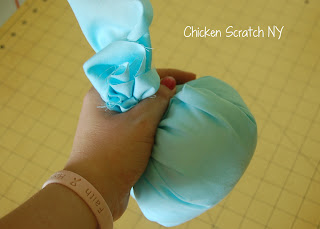 Secure with a rubber band. 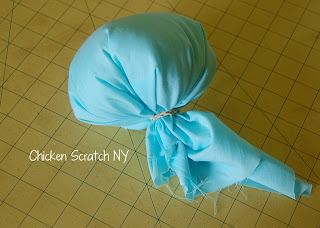 Pop it in the mug and you’re good to go! 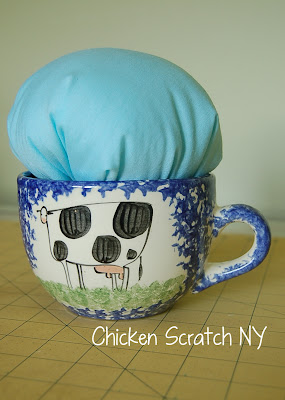 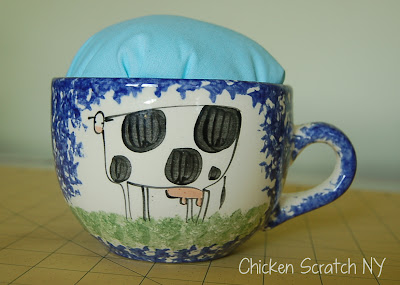 This is really simple. I am trying it out now. thanks

Cute idea! Thanks for sharing at the Pomp Party! Pinning to our Pomp Party board!

That pincushion is too cute!

Thrifting and Sewing- my two favorite pasttimes :) That's my kind of craft!

That is adorable and so practical with the handle!