You are here: Home / Garden / Keep Your Raspberries Under Control 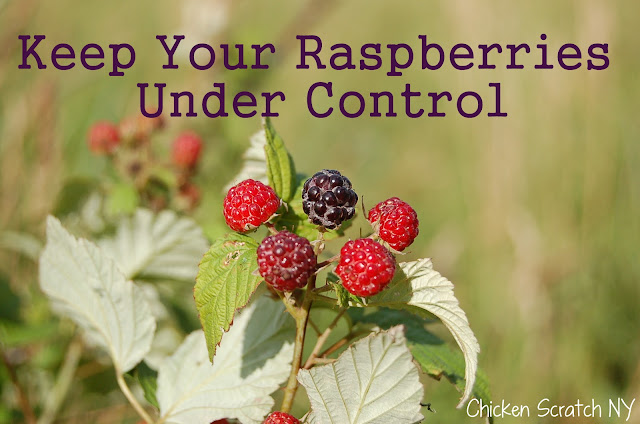 Technically this isn’t the time for pruning raspberries (major pruning is best done late winter/early spring).
But if you find your self in an over grown patch of berries I’d like to give you some tips.

First you need to know if you have summer bearing or ever-bearing raspberries.
I have summer bearing so that’s what I’m going to be talking about here.
If you look closely in an old, established (unkept) patch of berries there are three types of canes. 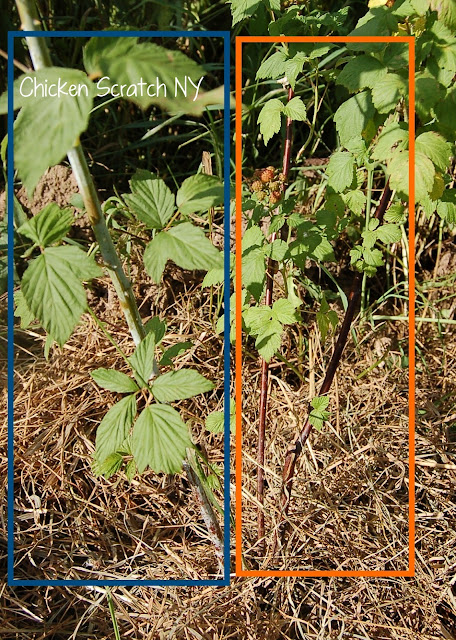 If you only learn one thing from me remember this: raspberries fruit on 2nd year canes. If you look in the orange box you’ll notice the canes are dark brown and producing fruit. These are 2nd year canes. These canes will be removed before next season.
If your patch is older you might have thick, brown, scary canes. Remove those. They won’t produce fruit again and they clog up the patch with ow. Raspberries are susceptible to diseases if they don’t have enough air flow.
Now look at the blue box. Those are the 1st year canes. See the green-ish white color? They will start to turn brown/red over the summer, you can see it starting on the bottom of this cane. They won’t fruit this year but without them you won’t get fruit next year. So spare them in your machete wielding frenzy ok?
To wrap it up:
–
Leave the green canes and the fruiting canes. Old canes get the chop chop.
–
Keep your berry patch open to allow air flow
–
Move sloooooooowly in the berry patch. Quick jerky movements = scratches and ow
–
Raspberries are yummy (these are black raspberries! Not blackberries!)
–
Raspberries leave a white core attached to the plant when picked, blackberries do not.Linked up to Farm Girl Friday
On a serious note, my Great-Aunt is having surgery tomorrow to remove a mass on her kidney (shes 76).
We’re hoping for good luck in surgery tomorrow and that she has a quick recovery. 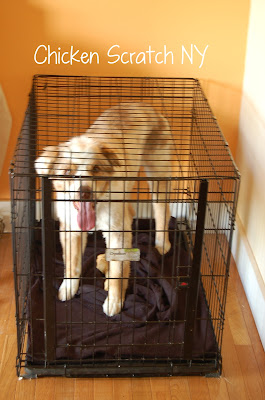 We’ve got her dog Bandit staying with us, he’s a 10 year old Australian Shepard with really arthritic hips who has never been crate trained and can’t be let out unless he’s on a leash (also he needs medication 3x a day). Alfie loves him but we can’t let them play because of the hip problems so that’s going to be tricky.